Designated in 2016 as National Entrepreneurship Month by former US President Barack Obama, November is when we recognize the significant contribution of entrepreneurs. One of the easiest ways to do this is through movies. Our ideas, beliefs, assumptions about entrepreneurs and entrepreneurship are largely shaped by what stirs our imagination.

In the context of our time, what makes an entrepreneur? In the venture of starting and running a business, what problems does an entrepreneur face? And how do they solve it? Whether they tell a fictional or historical story, movies at the end of the day give us a cinematic version of the entrepreneur story. The following roundup of movies are about entrepreneurs or present an aspect of entrepreneurship. May you find them useful and entertaining in your journey.

Going for the dream in The Pursuit of Happyness [2006]

Based on the memoir of Chris Gardner, the movie chronicles how he chased his dream of becoming a stockbroker while struggling with homelessness and raising a son. It is the classic American Dream, told in the story of a father who bootstrapped his way to success to secure a future for his son.

The idea that you can be anything and achieve your dreams given that you work hard enough for it is a bedrock belief of entrepreneurship. Nowhere is this captured as in the scene where Chris Gardner, played by Will Smith, tells his son: “You want something, go get it. Period.”

After his boss Bumpy Johnson dies, Frank Lucas (played by Denzel Washington) inherits the Harlem crime empire. Using sound business strategies, he then hijacked the drug trade from the Mafia: he bought directly from suppliers in Southeast Asia, imported his products into the US with a brilliant scheme, and sold his goods of high quality at a lower cost than anyone in the business. When he was arrested, he negotiated for a reduced sentence by cutting a deal to expose corrupt narcotics officers.

Aside from the fact that Lucas does business as a heroin dealer, you can watch American Gangster as a fascinating business case study. Not only does it demonstrate the street warfare strategies that an entrepreneur does to corner the trade, but he also practiced good old fashioned branding. Watch the scene where Lucas confronts another supplier who buys from him, dilutes his goods, and sells them using the same product name.

Extending the analogy of business and war, what if you make a business out of war? Lord of War anti-hero protagonist Yuri Orlov is a Ukrainian immigrant who made his fortune as an international arms dealer. Throughout the film, Orlov shows the high tolerance for risk that all entrepreneurs seem to have in common. For every deal he does, he also explains as if he’s taking it from an entrepreneur’s playbook of negotiation techniques, crisis management, and building customer loyalty.

What makes Orlov successful is his approach to war profiteering. To him, there is no difference between a gun and other market commodities. At one point, he likens selling guns to selling vacuum cleaners – “you make calls, pound the pavement, take orders.”

Knowing the real business in The Founder [2016]

Starring Michael Keaton as the businessman Ray Kroc, The Founder profiles the man who created the McDonald’s fast-food chain. The film presents the origin story behind the ubiquitous fast-food restaurant and how it started from the power a brand name can have on a man’s imagination. As Kroc, who sees McDonald’s signage for the first time, said, “I knew right then and there, I had to have it.”

The film goes on to show how Kroc managed to wrest control of the McDonald’s franchise from the McDonald brothers. Kroc’s leverage rests on one vital key that all entrepreneurs must grasp deeply: knowing what business they’re in.

Knowing when to sell in The Social Network [2010]

The idea that the origin story behind a successful business can be so mundane but assumes a whole other dimension when it is done online is powerfully portrayed in David Fincher’s The Social Network. Loosely based on the founding of Facebook, the film tells the story of how the social networking site started from a simple idea: what if you take the social experience of college and put it online?

Zuckerberg’s platform attracted the interest of Napster co-founder, Sean Parker. Their business meeting scene is a glimpse of how mentoring can go in the startup world as well as how important it is to grasp the potential of one’s idea before monetizing it.

Based on the 2003 book by Michael Lewis, Moneyball tells the story of Billy Beane, Oakland Athletics’ general manager. In the previous season, Beane had taken the team to the World Series only to see them lose, and lose as well their best three players to richer teams. Faced with rebuilding the team on a small budget, he hires Peter Brand.

Crunching baseball stats, Brand presents a counter-intuitive approach to building a baseball team. Instead of relying on the scouts’ experience and intuition, he selected players using sabermetrics. This enabled them to hire players who were undervalued because of perceived flaws. Watch how Brand explains his method of using data instead of biases when it comes to building a championship team.

Martin Scorsese’s Wolf of Wall Street follows the rise and fall of stockbroker Jordan Belfort as he made his fortune in the 1980s and ‘90s. After getting a job on Wall Street, Belfort is shown the ropes by his mentor Mark Hanna who gives him the idea that the stockbroker’s only goal is to make money for himself. After losing his job in the market crash of 1987, Belfort found his own company, a boiler room brokerage that specializes in penny stocks.

Belfort’s firm uses a pump and dump scam where they hype the value of nearly worthless stocks, sell it at a big profit, after which the value drops and investors lose their money. As to how Belfort and his men persuaded people into investing in penny stocks is shown in the scene where he trains them in the art of the sales pitch.

The Big Short is about how traders and hedge fund managers made fortunes by betting on the US housing bubble. Sounds boring? You can count on the film to have celebrities like Margot Robbie, chef Antony Bourdain, Selena Gomez, and economist professor Richard Thaler explain byzantine finance concepts such as subprime mortgage bonds, CDOs, and synthetic CDOs.

Telling three separate but parallel stories, the film started with Dr. Michael Burry, a trained physician turned hedge fund manager. Analyzing data on mortgage bonds, he first noticed that the US housing market is unstable. Anticipating its eventual collapse, he convinced the banks to create a credit default swap market which allows him to bet against, “short”, the housing market.

Deutsch Bank salesman Jared Vennett is one of the first to understand Burry’s strategy and cashes in on the action by selling the swaps to firms who might be interested in betting against the housing market. But how do you pitch an idea to a firm who is yet to be convinced that there is a housing bubble? Watch how Vennett does it.

Negotiating with the enemy in Joy [2015]

Joy stars Jennifer Lawrence who plays Joy Mangano, an airline booking agent who built her business empire out of her inventions. The film depicts her personal and financial struggles, including gender biases in the business world. Finally, she hits it big on TV for her Miracle Mop, a self-wringing plastic mop, the invention for which she is most known for.

You and the bear market in The Big Lebowski [1998]

At first glance, the Coen brothers’ cult classic on the misadventures of a Los Angeles slacker, Jeffrey “The Dude” Lebowski may not offer any takeaways for budding entrepreneurs. But if you remember the famous Jerry Maguire scene of “Show Me the Money”, the film kind of updates that with its own “Where’s the money, Lebowski?” scene.

Consider how the entrepreneurial journey has something of a wild goose chase about it. Even the unflappable Lebowski the Dude can get down sometimes. We do well to remember these words from The Stranger in the bar.

We hope this roundup sparks that fire in your eyes and gut. Happy watching!

Want to incubate your startup by building a high-performing, low-cost team in the Philippines?

Check out our Staff Leasing service or contact us for any inquiries.

Be a partner and let us help you grow your business

Join our partner companies who have powered their business globally with Xelure Technologies. 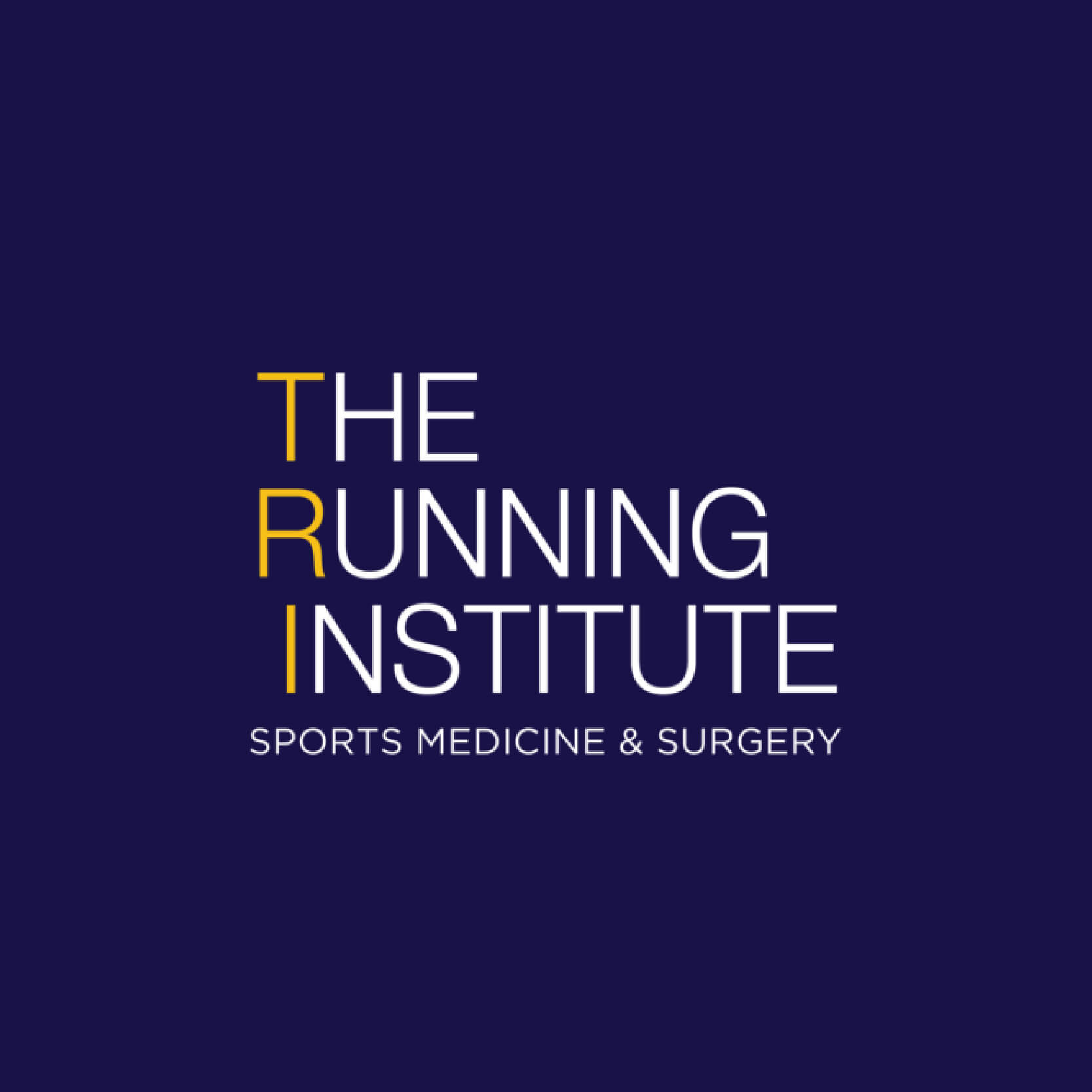 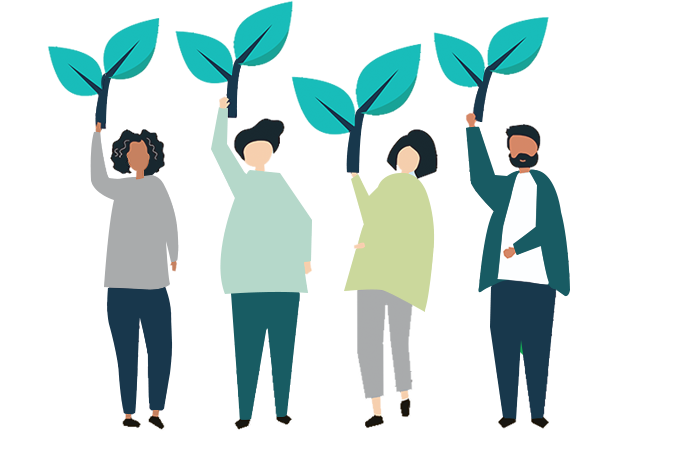 Custom staffing, consulting, and technology solutions that help your business or career grow.
We are Xelure Technologies.

Xelure Technologies empowers your business through collaborative partnership with our custom staffing, on-demand IT consulting, web and O365 tech services.